This week's featured artist is Supah!

Senioritis: Can you tell us a little about yourself Amy Beth?
Supah: I was born and raised in Jackson, Michigan (SOUTH CENTRAL MICHIGAN - REPRESENT!!) I left at age 18 to "Go West!" but only made it two states away to Illinois where I studied digital and traditional 2-D art at The School of The Art Institute of Chicago. Then the wind blew east to Baltimore where I received a MA in Digital Art at the Maryland Institute, College of Art. I've exhibited in group and solo shows in Baltimore, Chicago, Indiana and Michigan.

I spend my days crafting, painting, and working in my home studio with too many cats and a dog in southwestern Michigan near Lake Michigan. I'm looking forward to my first year participating in the Ann Arbor Art Fair later this summer as an emerging artist.
Senioritis: Wow, very cool! I remember driving through Michigan once when I was real little (I wasn't driving) and we stopped in a town called Frankenmuth, it was a little Bavarian town and I thought it was the coolest place.

Congrats on all the exhibitions, that's awesome! How did you enjoy your time on the East coast? 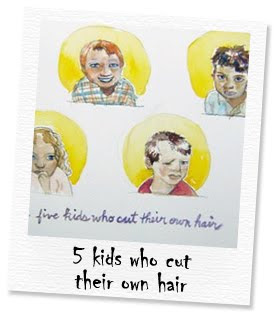 Senioritis: How would you describe your style Amy Beth?
Supah: Nifty, Off Beat, Colorful, Fun.
Senioritis: We like fun!

Senioritis: Amy Beth, what would you say is the best business tip you have ever received and who gave it to you?
Supah: "Don't think. Just do." My husband said it. He was prompted to say this in a book store when I was considering buying a craft business book. I began to concern myself with far more business issues than I ever needed to be concerned with, which depleted my energy - giving me less creative energy. It has definitely helped me center on doing what has always been the most important part of my business, and something only I can do. The business minutia takes care of itself as it comes.
Senioritis: That's a great tip! It's always good to invest our time where we get the greatest return ;) 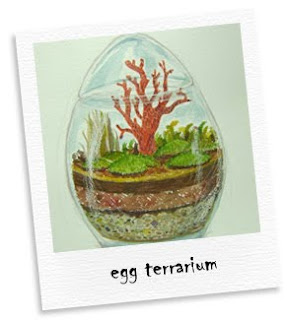 Senioritis: What would you say is your favorite sport to either watch or play?
Supah: To watch - hockey. (Self-tooth extraction on the sidelines comes to mind). To play - soccer, though it's been a while. The last team I was on was sponsored by a great Chicago band called "The Wes Hollywood Show".
Senioritis: Gotta love playoff hockey, he may have a future in dentistry when his career is over ;)

Senioritis: Do you have a favorite quote Amy Beth?
Supah: "Everyone has a plan 'til they get punched in the mouth." —Mike Tyson
Senioritis: Iron Mike knows the deal. 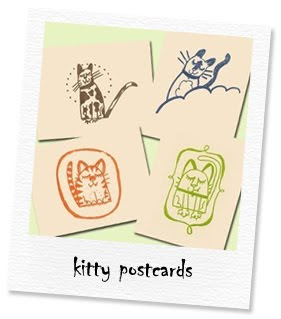 Senioritis: If you could jump in the DeLorean and go back in time; what’s one thing you would do differently in your business?
Supah: Preventing myself from training my cats to work the hot glue gun. As it turned out, it was an enormous waste of time. Their fur would get stuck in with the glue EVERY DAMN TIME, total fiasco.
Senioritis: But they're highly professional business cats, surely they can handle a glue gun! Maybe if they wore rubber gloves they would have proven more helpful with the task ;)

Senioritis: If the $100 bill needed a redesign, who would you put on it?
Supah: John Waters. He would have the greatest appreciation of where his face would be, at strip clubs and having a part in many back-alley financial transactions. Money is tacky, especially $100 bills. I would also redesign them to be turquoise and glittery. American currency should more closely resemble Monopoly money.
Senioritis: We think Mr. Waters would feel right at home on a glittery turquoise c note! Perhaps a glow in the dark mustache?

Senioritis: Where can we find Supah on the web?
Supah: I've been running supah.com for 10+ years; crazy, huh?! Current paintings are stowed in the gallery and I also run supah.etsy.com. I thoroughly enjoy the comradeship found through facebook and I welcome any of your readers to become new friends on facebook or twitter. Supah can also be found at flickr.com/supah.
Senioritis: Wow, Supah is all over the web; and having your own site for over a decade is no joke, nice work! 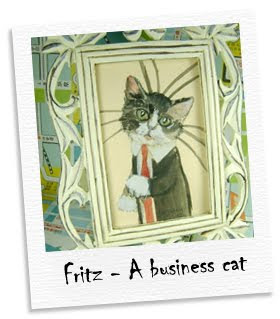 Senioritis: James Bond: Sean Connery, Roger Moore, Pierce Brosnan, or Daniel Craig?
Supah: Sean Connery. Not only because of his Scotchman goodness, but also because I named my cat Pussy Galore.
Senioritis: That is phenomenal!

Senioritis: Any shoutouts Amy Beth?
Supah: The many, many people who have more faith in me than I do; you are what keeps me at it.


Thanks so much for giving us and our readers a glimpse into the world of Supah; and remember folks it's not just super, it's SUPAH!

Brought to you by senioritis at 6:11 AM