February is generally a fairly uneventful month. Valentine's Day is fine (I'm always up for chocolate), but when you have the flu on V-Day, and thus spend the entire day on the couch, you think things couldn't get much worse. The one thing that has totally saved this February and even catapulted it into a favored spot in my ranking of months is the 2010 winter Olympics. I have been absolutely glued to my television, feeling the pain of every skier who wipes out and slides down the mountain on her face, and gasping in horror and disappointment as the figure skaters land on their bottoms after attempting triple axles.

The odd thing about watching the Olympics is how these athletes make us viewers think that we are way more talented than we are. They make everything look so easy; it can't be THAT difficult, can it? I haven't skied in almost two years, and before then, I hadn't touched a mountain in nearly half a decade. Those facts aside, watching my girls Lindsey and Julia make their turns with such ease and grace at 80 miles per hour makes me think that tackling a black diamond would be a cinch. And of course the folks over at NBC are keen on making every American athlete into a human interest story, so I'm now totally invested in them. I know who's friends with whom, who spends Christmas at whose cabins, and who listens to which songs during their warm ups. It's pretty absurd. And you absolutely have to laugh at the way the camera zooms in on every medalist's profile during the medal ceremonies, desperately trying to catch a tear - or at the very least, a moist eye. (The camera was disappointed by Shaun White in that respect.) 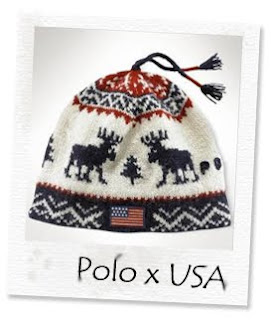 The athletic competition aside, two additional things have caught my artistic eye at these winter games: 1- the absolutely gorgeous scenery offered by Vancouver, Whistler, and the surrounding areas; and 2- the terrific winter wear each country's team has sported. The opening ceremony last Friday night offered a great look at this winter's team fashions. As a longtime designer of outerwear and sportswear, Ralph Lauren was a fitting choice for this year's U.S. team gear. (I was so excited to purchase one of those Polo knit hats the U.S. team wore during the opening ceremony until I recently read that Ralph Lauren is not making them available to the public.) But hands down, the most aesthetically pleasing component of the games is the birds eye view of those Canadian mountains. Having visited Whistler only during the summer (and falling in love with it), I am eagerly planning a winter trip to British Columbia for next year. For a great look at just some of the photographs taken during these Olympic games, check out the Vancouver 2010 website here and here. 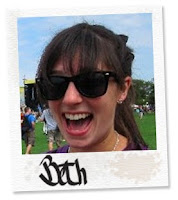 Brought to you by senioritis at 12:00 AM