Alligators Can't Stick Out Their Tongues & Other Randomness

I will start this post by saying that I intended to write this last Sunday evening; however, due to unforseen events I have not had the time to do so until right now.

Secondly, let me wish everyone a happy 2011! It seems like just yesterday I was making New Year's plans and now here we are with the first month of 2011 half over. Wow.

Thirdly, the above mentioned unforseen events centered around our entry for Art House Co-op's Sketchbook Project. At the last minute we decided to go in a different direction with our sketchbook and while the sketchbook has been in our posession for several months now, our story was started and completed within the last 7 days. As an aside, we would not recommend this approach for anyone who values their sleep or their sanity ;)

But now on to the truly pressing matter and the real reason for this post: Alligators can't stick out their tongues. 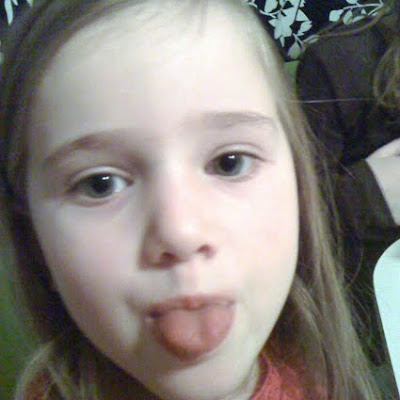 No, that's not an alligator. That's our 4 year old cousin who shared this bit of information with me last week. I asked her where she had heard about this as I'm a pretty avid Discovery channel fan and this was the first I had ever heard of these issues surrounding an alliagor's tongue. Her response was simple: My teacher told me. My first thought was wow, I went to school for quite a few years and none of my teachers had ever mentioned this fact. My second thought was man, how do alligators eat ice cream? My third thought was what would an alligator be doing with ice cream?

Although the alligator conversation with my cousin lasted only a few moments it reminded me of something Henry David Thoreau once said:

"Every man is my superior in some way. In that, I learn of him."

My 4 year old cousin reminded me that I don't know as much as I think I do and that we can all learn from everyone if we take the time to listen. Thanks to my 4 year old cousin, in 2011 I resolve to talk less and listen more. Thanks cuz ;)

Brought to you by senioritis at 6:48 PM